For his last tour as Childish Gambino, Donald Glover was looking for something clean and dramatic, something epic but also very discreet. After some scenic research and creative brainstorming about the show flow with Donald and his crew we landed on this design.

The audience enters the arena in an uninhabited, timeless landscape. Only two blades, tall and thin, sits on the opposite sides of the stage. They are sleek and versatile: one side a 25x7ft LED wall, the other a vertical rig with various lighting fixtures.
The blades are automated, they can slide horizontally and turn on their axis. This allow to create different configurations for different moods: some times shooting lasers at each other, some others turning into two water tanks, some times a boxed ultraviolet forest, some other times simply blasting light toward the audience.
From one song to another the blades get closer and closer to each other. They serve as a giant countdown device that reminds the audience that the time is ticking. Throughout the show configurations are more and more claustrophobic creating a sense of pressure. Building up until the end when the blades get completely together and swallow Gambino inside a single, massive monolith. Time’s up. 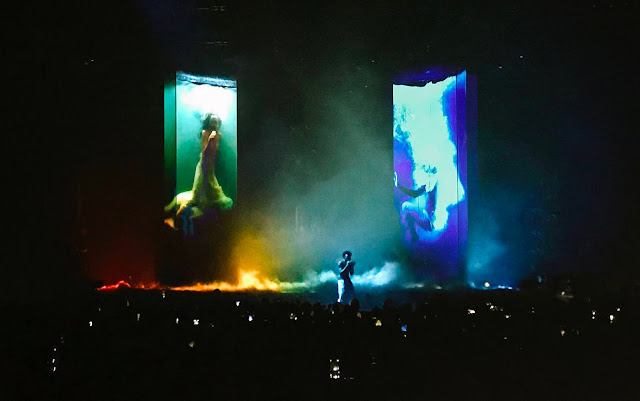 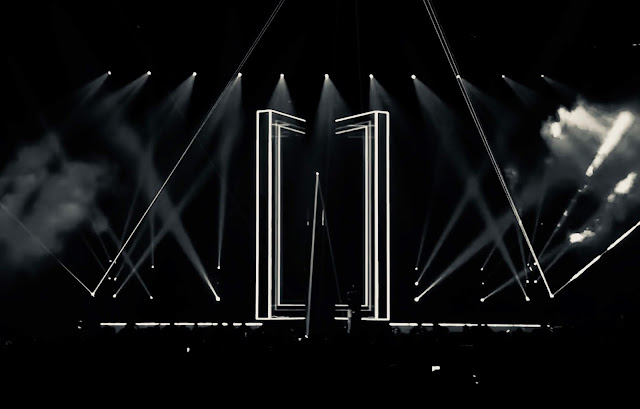 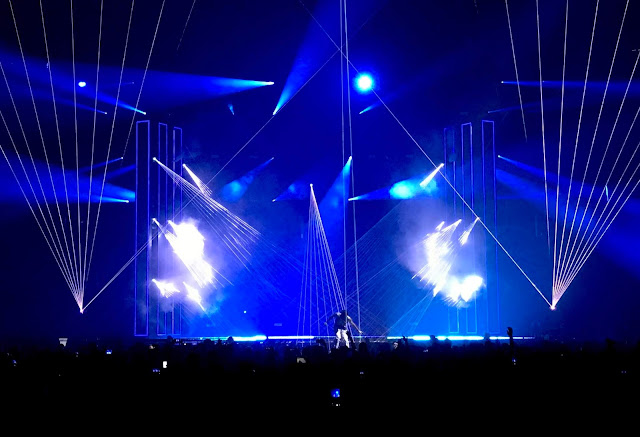 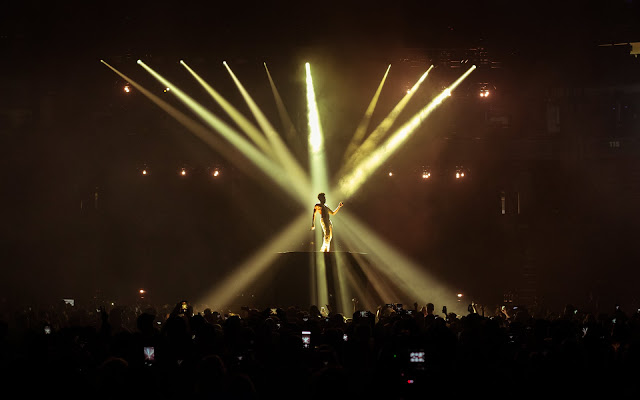 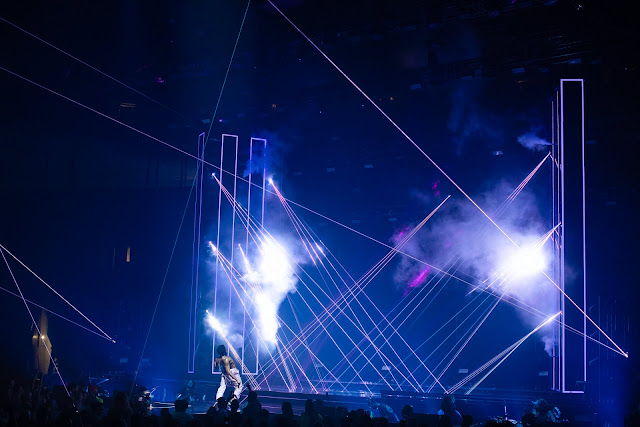 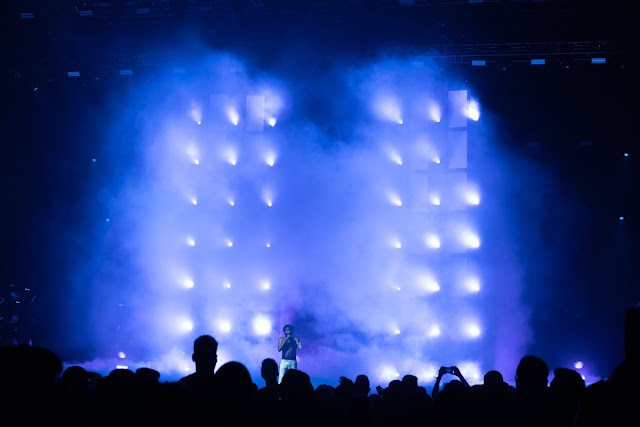